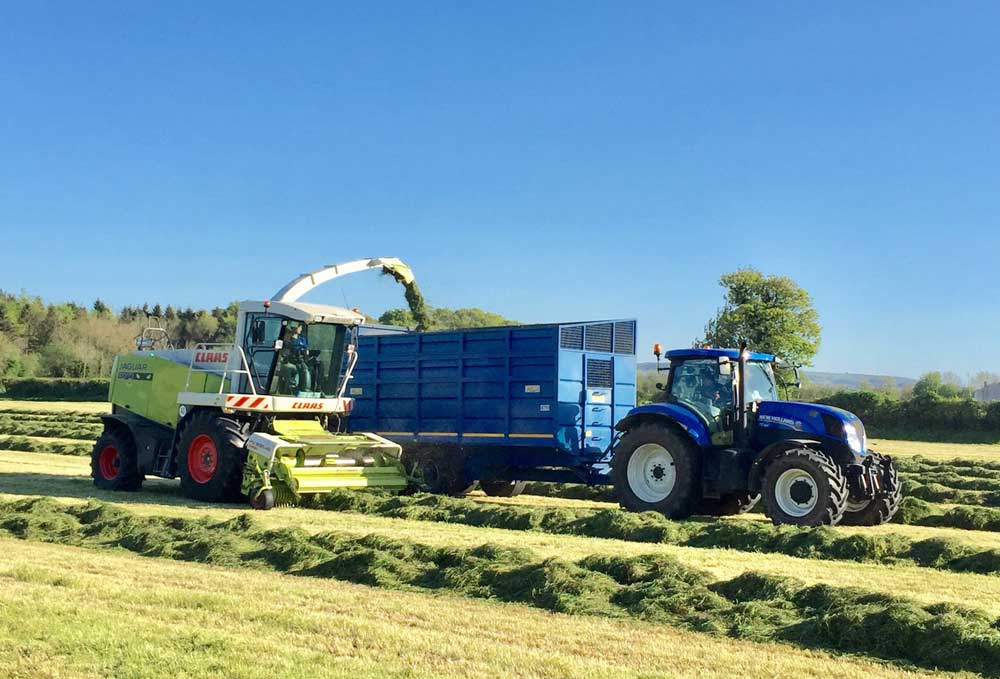 Liffey Mills are delighted to announce an exclusive extension to our fertiliser range for summer 2022.

This new product will outweigh a lot of compounds in terms of value for money. It’s formulated with 30 units of protected urea, zero P so it can be used by all farmers in derogation, its 6 units of K will help replenish ground that needs that boost, and the inclusion of Sulphur and Sodium is the icing on the cake.

Recommended sulphur applications per year range between 12-20 units per acre, and with supply issues earlier this year much of the fertiliser spread contained zero sulphur, so now is the time to make up for that, each bag of Eco Extra contains 3 units of sulphur so deficiencies can be rectified quite easily.

In the Liffey Mills catchment area we have seen the demand for Sodium (NA) rise dramatically in recent years. This demand has been farmer driven and has arisen from side effects seen on farm which include: Licking of urine, reduced appetite & reduced water intake which ultimately leads to weight loss and reduced milk production.

Other benefits farmers have seen by using sodium in the summer months is that it actually helps sweeten the grass which in turn leads to better clean outs of paddocks by choice oppose to force. Eco Extra is available in 375Kg bags.  For further information on our range log onto www.liffeymills.ie , or contact your local branch.

A renowned brand and market leader for years in Ireland, silotite bale plastic have launched a new 1800 metre roll. This will compete against the current 1500 metre rolls currently on the market. Advantages of the 1800 metre roll include:

Comes in a degradable sleeve, no boxing to dispose of, both convenient and environmentally friendly.
Each roll contains 300 metres more plastic which will wrap an extra 5 bales per roll.
More cost effective with a saving of 10 cent per bale wrapped
15% time saving on downtime taken to change rolls.

As always we continue to stock our tried and tested brands of crop packaging including: 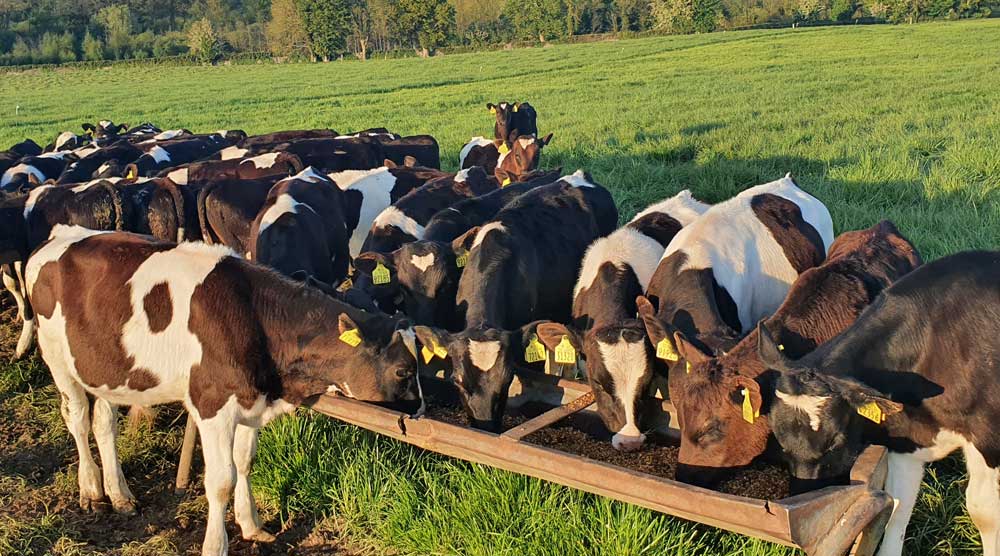 Summer Scour and CCN in Calves

Summer scour relates to under developed rumens in calves that have been introduced to grass, symptoms include:

It appears to relate back to calves that are introduced to “lush grass” that’s high in sugars and low in fibre, along with being fed concentrate feeds, the under developed rumen simply cannot deal with it.

Calves are being pushed more to get maximum growth rates whilst on milk powder and so are being fed larger amounts of milk which in turn is reducing their appetites for concentrates and roughage. When this is combined with lush grass it seems to be creating an Acidosis issue in the rumen.

Depending on the severity of the individual cases, effective treatments include, putting calves onto rougher pastures, introducing hay or straw into the field, feeding yeasts and buffers and re-introducing milk in some cases.

CCN (Blindness in Calves) & THE IMPORTANCE OF VITAMIN B1

Calves don’t ingest Vitamin B1, but instead it is produced in their rumen by the animals own microflora. If the microflora gets killed or changes then the amount of B1 available to the animal actually drops and a deficiency occurs. Such situations often occur in outbreaks and are associated with calves that are well-nourished inside with milk and concentrates, but upon weaning the transition to grass can often be a sharp one and calves may find themselves on a poorer plane of nutrition suddenly.

Symptoms include blindness & most likely occur in the months of May, June & July with calves showing signs similar to Meningitis. CCN has often been misdiagnosed as Meningitis in the past. The lack of Vitamin B1 actually destroys the brain walls and if not treated correctly can lead to permanent blindness and this is why B1 is included in our Opti Thrive Calf Mineral Package.

Benefits over traditional beef feeds include the following (below inclusion rates are all based on a 2kg per head per day feeding rate) :

Liffey Mills’s financial year ends on the 30th June and all branches will close at 12.00pm on the 30th to facilitate stock taking. Any payments received on or before that date would be gratefully appreciated

Shopping Cart
This website uses cookies to improve your experience while you navigate through the website. Out of these, the cookies that are categorized as necessary are stored on your browser as they are essential for the working of basic functionalities of the website. We also use third-party cookies that help us analyze and understand how you use this website. These cookies will be stored in your browser only with your consent. You also have the option to opt-out of these cookies. But opting out of some of these cookies may affect your browsing experience. Cookie SettingsAccept Use Only Necessary Read More
Manage consent

This website uses cookies to improve your experience while you navigate through the website. Out of these, the cookies that are categorized as necessary are stored on your browser as they are essential for the working of basic functionalities of the website. We also use third-party cookies that help us analyze and understand how you use this website. These cookies will be stored in your browser only with your consent. You also have the option to opt-out of these cookies. But opting out of some of these cookies may affect your browsing experience.
Necessary Always Enabled
Necessary cookies are absolutely essential for the website to function properly. These cookies ensure basic functionalities and security features of the website, anonymously.
Functional
Functional cookies help to perform certain functionalities like sharing the content of the website on social media platforms, collect feedbacks, and other third-party features.
Performance
Performance cookies are used to understand and analyze the key performance indexes of the website which helps in delivering a better user experience for the visitors.
Analytics
Analytical cookies are used to understand how visitors interact with the website. These cookies help provide information on metrics the number of visitors, bounce rate, traffic source, etc.
Advertisement
Advertisement cookies are used to provide visitors with relevant ads and marketing campaigns. These cookies track visitors across websites and collect information to provide customized ads.
Others
Other uncategorized cookies are those that are being analyzed and have not been classified into a category as yet.
SAVE & ACCEPT
Powered by